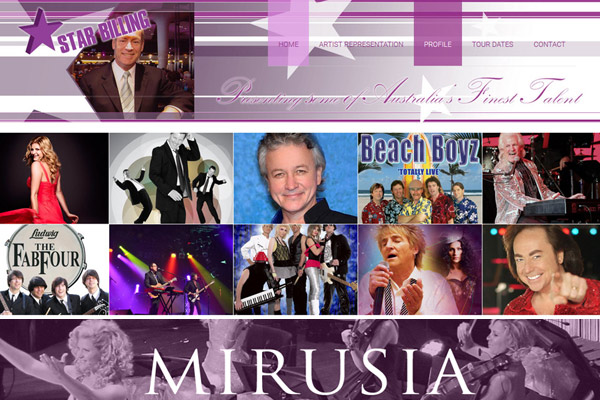 Star Billing Director Russell Roylance OAM, as CEO of Twin Towns Services Club, was one of the most successful and influential senior executives of the massive Club Movement of New South Wales. In 2003 he was awarded an Order of Australia Medal for service to the community of the Tweed Heads Region and to the Registered Club Industry

With a wealth of knowledge and extensive contact book, in 2005 Russell established his business, Star Billing. His vast experience at Twin Towns where he engaged artists for over 30 years and expended some $98 million on Entertainment, confirms he has significant knowledge of what is required to present live shows of international standard within suitable venues.

Russell introduced the Gold Coast and Tweed Heads to a level of entertainment never before seen in the region. His flair and negotiating ability resulted in hundreds of fabled performers coming to the Twin Towns Showroom – Julie Anthony, John Farnham and Human Nature as well as internationals Sammy Davis Jnr, Peter Allen, Dionne Warwick and Shirley Bassey, to name but a few superstars. Some returned numerous times establishing strong business relationships and friendships with Russell.